The Park features myriads of statues that depict the country’s Buddhist and Hindu influences. The government-owned park lies on the Southeast of Vientiane City with the Mekong River providing a beautiful backdrop. Its moniker Wat Xieng Khuan does not define its meaning since the wat is not a temple but a park.

These large ancient jars are scattered through the wide expanse in the municipality of Phonsavan. They come in various forms, sizes and colors. While in Laos, take advantage of this site and you will be mesmerized at its uniqueness.

The black stupa is found near the US embassy and the wet market in the Laotian capital of Vientiane. The structure looks like an inverted bell or a lotus bud. It is visited by tourists to see how the stupa looks like after the gold was removed by the enemies during the war between Siam in the early 1800s.

The Mountain overlooks the peninsula and the rivers of the Mekong and Nam Khan. On top of the hill stand several Buddhist statues, and a temple, the Wat Tham Phou Si. Mount Phou Si is 100 meters above the sea level and it is often visited by travelers who find solace at its religious setting in Luang Prabang.

Its location near the river was the practical way to welcome visitors from nearby places of Luang Prabang. The sturdy structure has helped the building survive upheavals in the past. After the monarchy, the palace is now open to the public as a museum.

Considered as the most magnificent religious structure in Luang Prabang, the temple was built in the mid-1500s during the reign of King Setthathirath. It is best remembered by its reclining statue of Buddha that was brought to Paris for an exhibition and returned after three decades.

The museum is at the heart of Vientiane and was created to highlight the political uprisings in the 70s. It is sheltered in an old building that defines the French occupation in Laos. It is easy to access the museum by dropping off on Samsenthai Road in front of the capital’s Cultural Hall.

The limestone cave is accessible by boat and it lies in the Phu Hin Bun National Park. Backpackers can pay homage to the Hindu god, Indra as reflected by the emerald color from the pool. Wear comfortable shoes as you need to climb about 300 feet to reach the Tham Kong Lo.

You will truly love to stay in tree houses and see the black gibbon, tigers, and elephants at the site. Don’t worry; they are not going to attack you since they are kept in the eco-tourism conservation site. You can reach the reservation site by means of zip line and see the tree canopies passing right below.

This waterfall in Luang Prabang is safe for swimming since there are natural pools that collect the towering water drops and split into tiny falls. Several stunning waterholes in turquoise blue will captivate your eyes and attention.

Mad Monkey Hostels - No Stress No Worries
You may also like 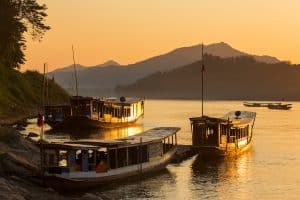 It’s no secret that Luang Prabang has an abundance of great attractions and activities. Despite... 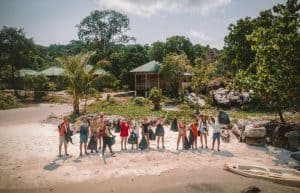 It’s plastic-free July! As a traveler, we know how hard it can be to travel plastic-free.... 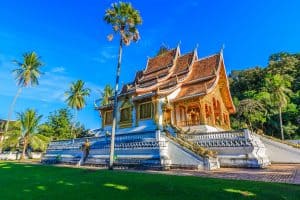 One of Laos’ most popular attractions is the Luang Prabang Royal Palace Museum, known... 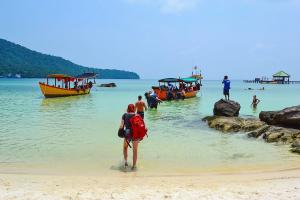 Okay so you’ve bought your reusable straw and stainless steel water bottle. You carry around a...
error: Content is protected.