10 Must-See Sights and Attractions in Paris 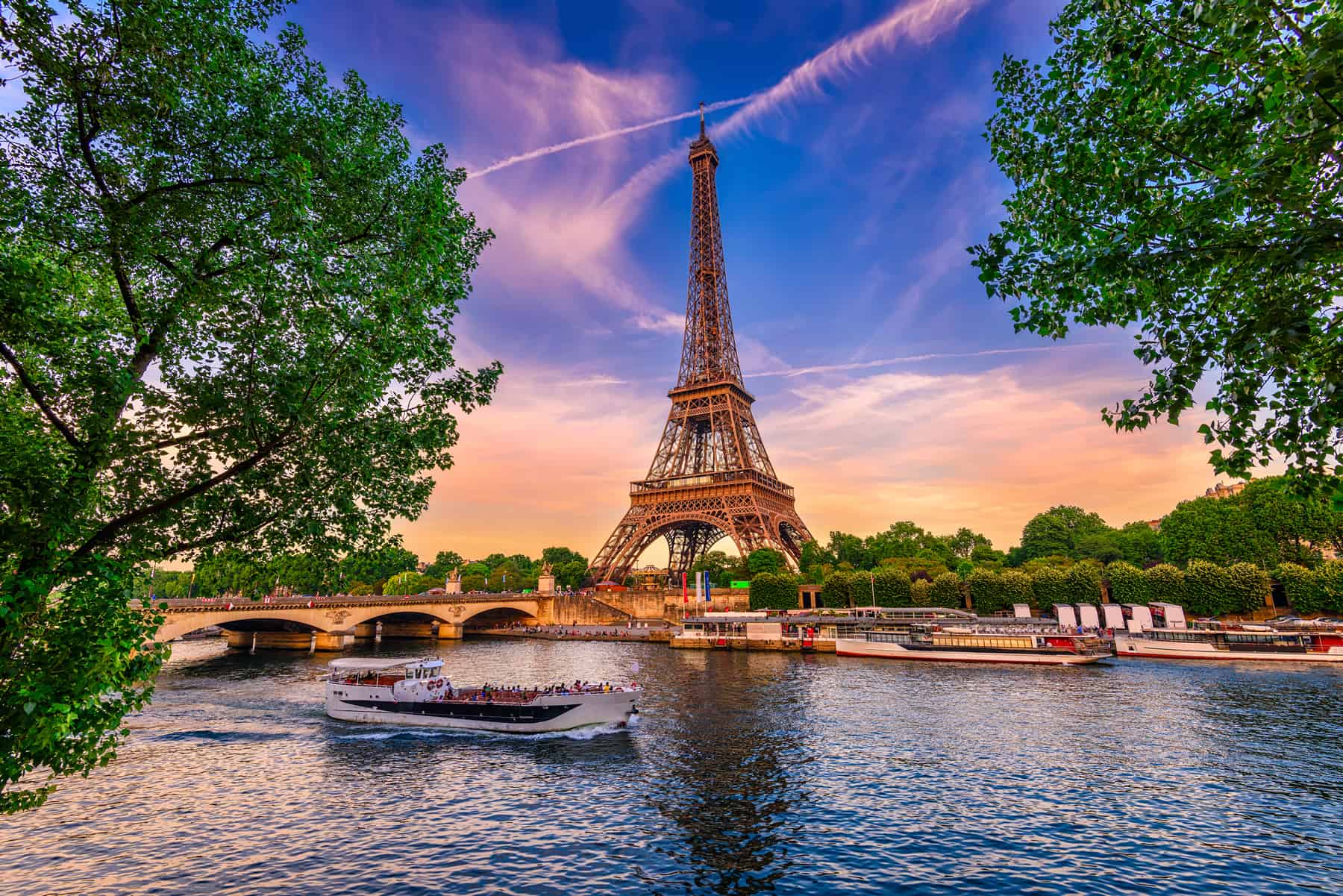 From the Louvre to the Eiffel Tower…

Dreaming of going to Paris in the New Year? The French capital is home to some of the world’s most majestic sights and attractions, making it a dream destination for any culture vulture. From the iconic Eiffel Tower, beautifully maintained parks and gardens to more off-the-beaten track landmarks such as the Pantheon and Saint-Chapelle, we’ve rounded up some must-see sights in Paris so you can get a real feel for the city’s architectural gems and cultural landscape. 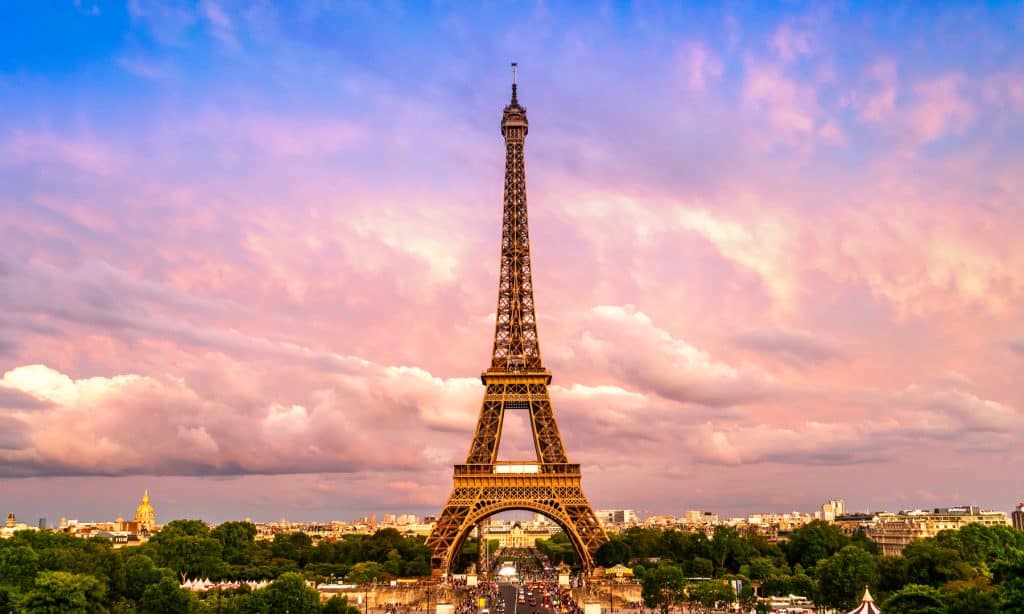 View of the Eiffel Tower from Trocadero. Courtesy of Shutterstock

Let’s start with the Eiffel Tower, the city’s most famous landmark. While the structure itself is recognised all around the world, not many people actually know its story. The Eiffel Tower is located on the Champ de Mars in the 7th arrondissement of Paris. It was named after the man who designed it, Gustave Eiffel, built especially to be the entrance arch for the World’s Fair of 1889 (to mark the beginning of the French revolution). Made up of over 18,000 metallic parts, the Eiffel Tower has become a cultural symbol of Paris.

The whole thing is made of iron and it stands over 300 metres tall making it the tallest structure in Paris. To get the best views of the Eiffel Tower, we recommend heading to the Trocadero viewpoint where you can take some incredible photos (nearest metro station: Trocadero).

Alternatively, you can go to the top of the Eiffel Tower via elevator (or climbing the steps) and reward yourself with beautiful views over the city. 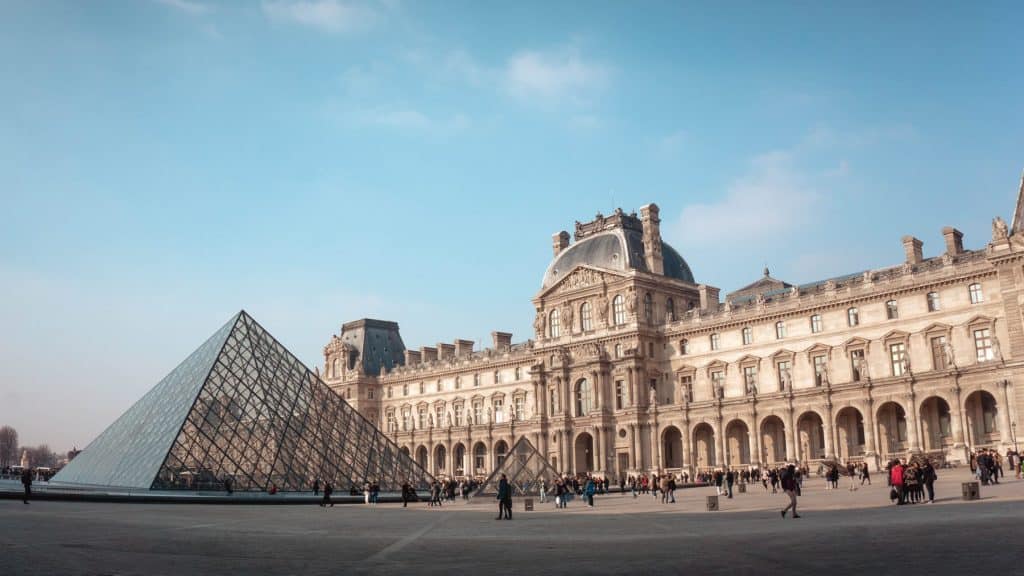 The Louvre Museum. Courtesy of Yeo Khee (@yokeboy) via Unsplash

Most famous for housing the Mona Lisa, the Louvre museum in Paris is the world’s biggest art museum and one of the most historic monuments in the city. 9 million people visit the Louvre every year, particularly to get a look at the Mona Lisa painting which is the most talked-about art masterpiece of all time. Did you know the Louvre is so big that it would take 35 days to see every piece of artwork in the museum, spending just 30 seconds at each?

After you’ve taken a look at some of the art inside, make sure to explore the grounds because the Louvre building itself is stunning. It’s a former palace that was once used by former King’s of Paris as their royal residence.

We recommend pre-booking your tickets online via the St Christopher’s Inns website. For €20, you can get in smoothly and quickly without having to queue for ages. 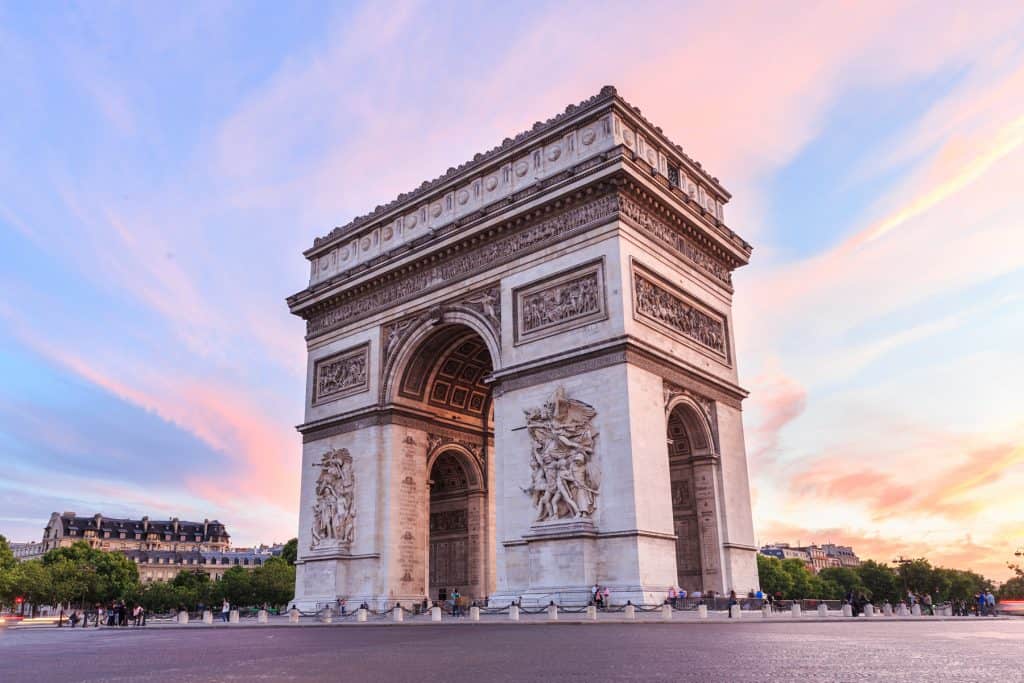 The Arc de Triomphe is one of our favourite monuments in Paris, located at the top end of the city’s most famous street – the Champs-Élysées. The construction of the Arc de Triomphe was commissioned by Napoleon in 1806 to celebrate his victory in the Battle of Austerlitz (in the Naepolanic wars). Today, the monument has become one of the most important landmarks in the country. Definitely find time to climb to the top of this historic monument because the views from the terrace is one of the best in Paris. It’s just €13! We highly recommend going to watch the sunset and then exploring the Champs-Élysées afterwards… 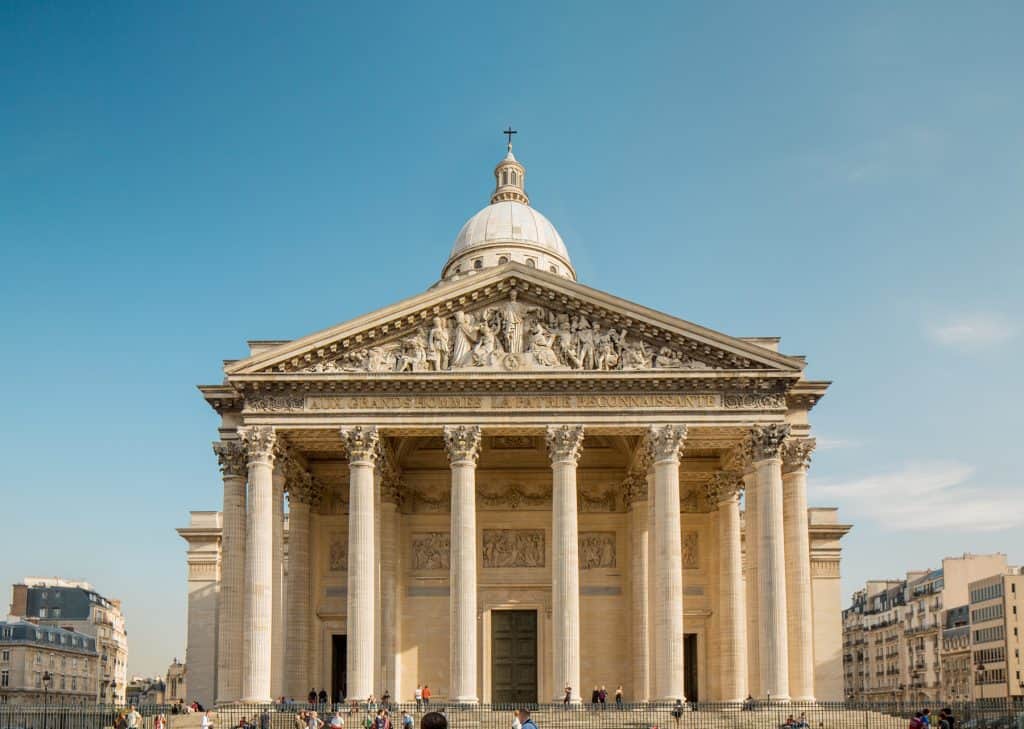 The Pantheon in Paris, courtesy of Shutterstock

Head to Paris’ Latin Quarter to get a look at the Pantheon, a church dedicated to the Patron Saint of Paris (Saint Genevieve). Inspired by the Pantheon in Rome, this church is a fantastic example of early neoclassicism (a concept born in Italy that has gone on to inspire architecture, literature, music, theatre and art). Recognisable for its white dome and Roman-style pillars, it’s one of the most beautiful buildings in Paris. You can get tickets to go inside the Pantheon for €9 where you will be graced by the Pantheon’s chapels – and you;ll get to see the beautiful dome from the inside. There is also a crypt that houses tombs of significant French people of the past who helped shape the country’s identity. 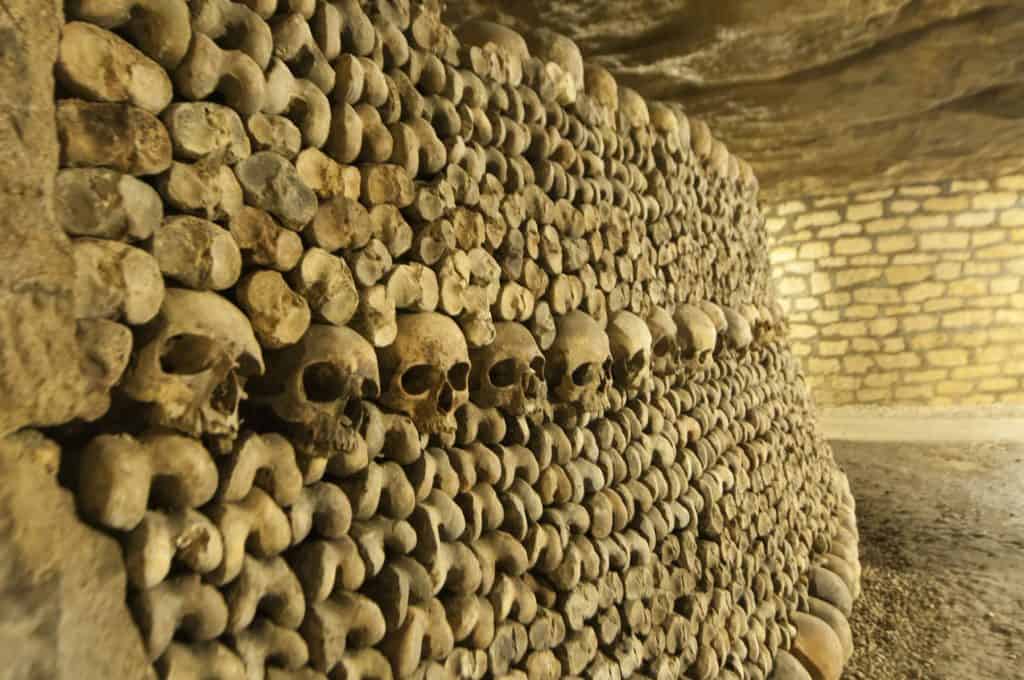 The most mysterious attraction in Paris has to be the Catacombs. Head deep underground and get a little glimpse into the darker side of Paris, where thousands upon thousands of bones are buried in an underground necropolis. The Catacombs came about because there was an overflow of dead bodies in Paris’ graveyards and cemeteries in the 18th century so 6 million skeletons were moved to the Catacombs. Definitely a more underrated thing to do in Paris; we recommend buying a Skip the line ticket for €30 to avoid the huge queue. There’s a whole other world to discover beneath the glamourous city’s streets…

Read all about our first visit to the Paris Catacombs 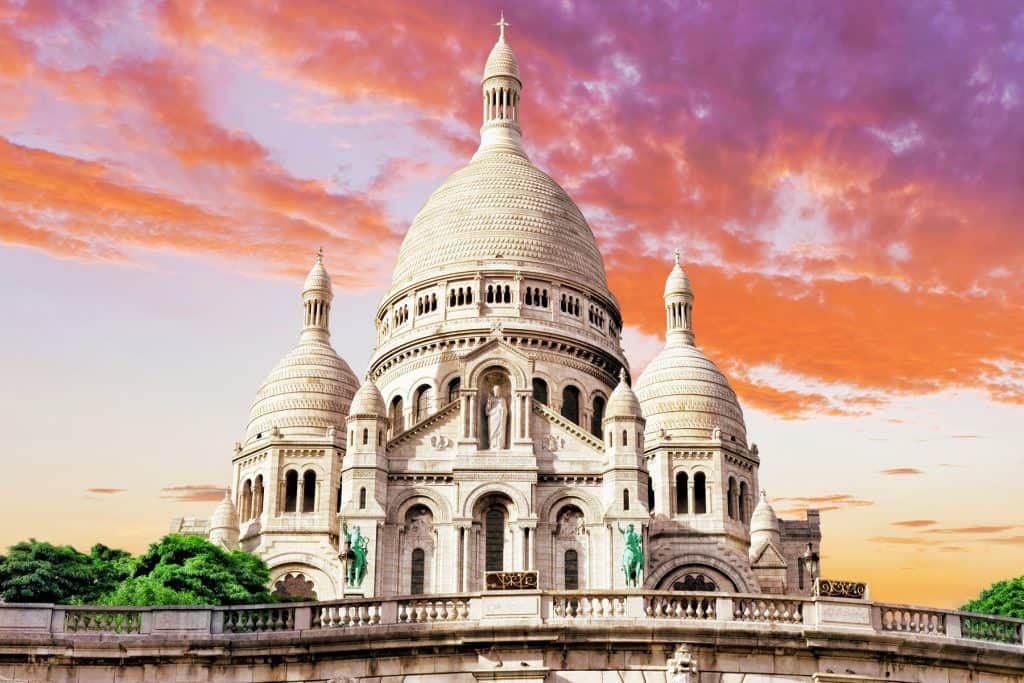 The Sacre Coeur Basilica in Montmartre, courtesy of Shutterstock

The Montmartre neighbourhood is one of our favourite places in Paris. It’s a charming pocket of the city with quaint cobbled streets, pretty bistros and sweeping city views since it’s located on a hilltop. Our favourite thing about Montmartre though is that it’s home to the Sacre Coeur, the most majestic cathedral in the city. This Roman Catholic basilica is a must for first-time visitors to Paris because it sits on the highest point in the capital so you can benefit from incredible views from the top. Not just that, but the cathedral itself is stunning inside and out. Open from 6am – 10.30pm everyday, entry is free! You can even access the dome (for a fee) and if you’re willing to climb 300 steps! 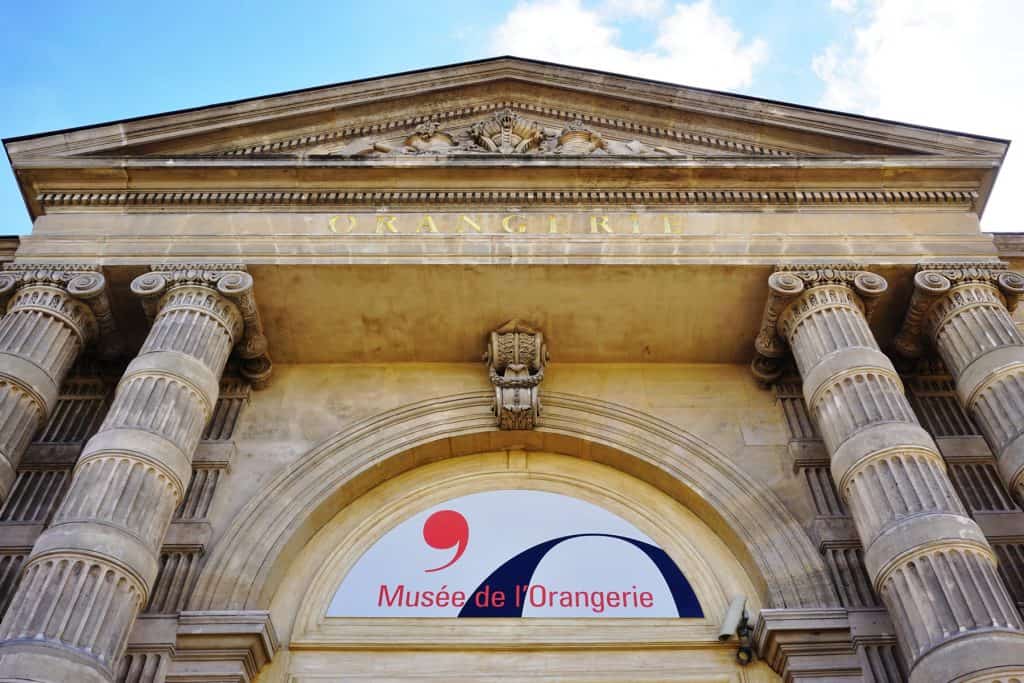 The home of Monet’s famous water lilies, courtesy of Shutterstock

If you’re a fan of the French painter Claude Monet, then you must visit the Musée de l’Orangerie. This wonderful art museum is located in the most picture perfect of places, inside the Jardin Tuileries (not far from the Louvre). Inside, there’s a stunning collection of impressionist and post-impressionist art including Monet’s famous water lilies painting. A must-see for any art lover! Entry to the gallery is €9. If you’re under 18 then entry is free! 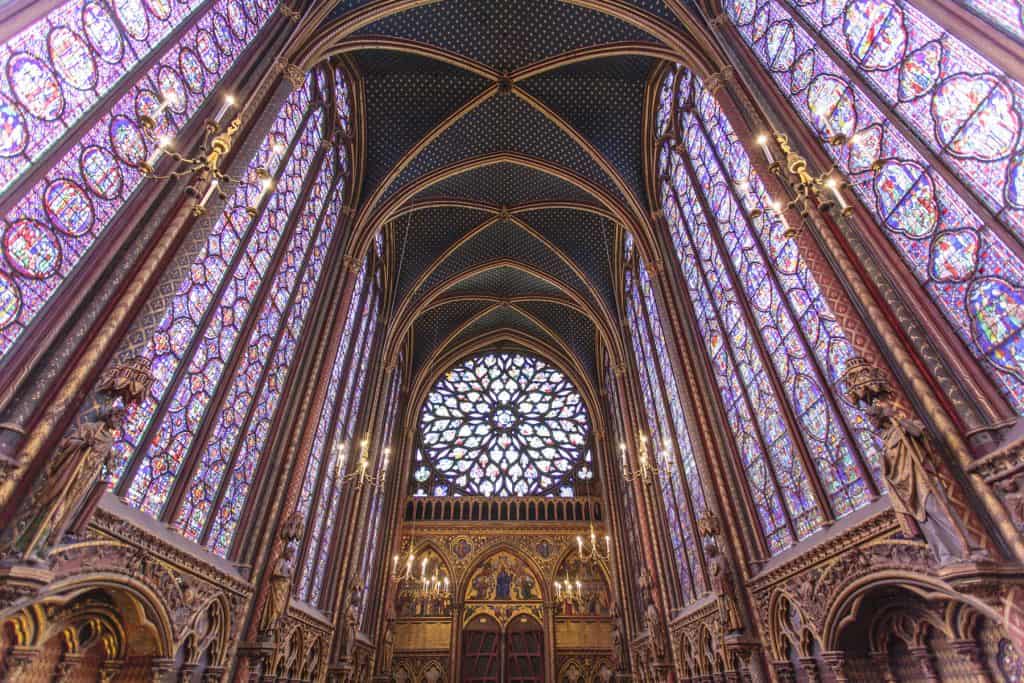 The stained glass windows of Sainte-Chapelle, courtesy of Shutterstock

Sainte-Chapelle is one of the more underrated sights in Paris. It’s a royal chapel and one of the best examples of Gothic architecture in the city. Once part of a former royal residence where Kings of France used to live until the 14th century, Sainte-Chapelle plays a fascinating part of French history. Inside, the incredible stained glass windows and beautifully detailed ceilings will leave you fascinated. Don’t forget your camera because this is one of the most Instagrammable places in the city; just remember to be respectful and this is a place of worship. Located on the medieval Palais de la Cité (a former royal residence), just minutes away from Pont Neuf bridge, we highly recommend a visit. Tickets are €10. 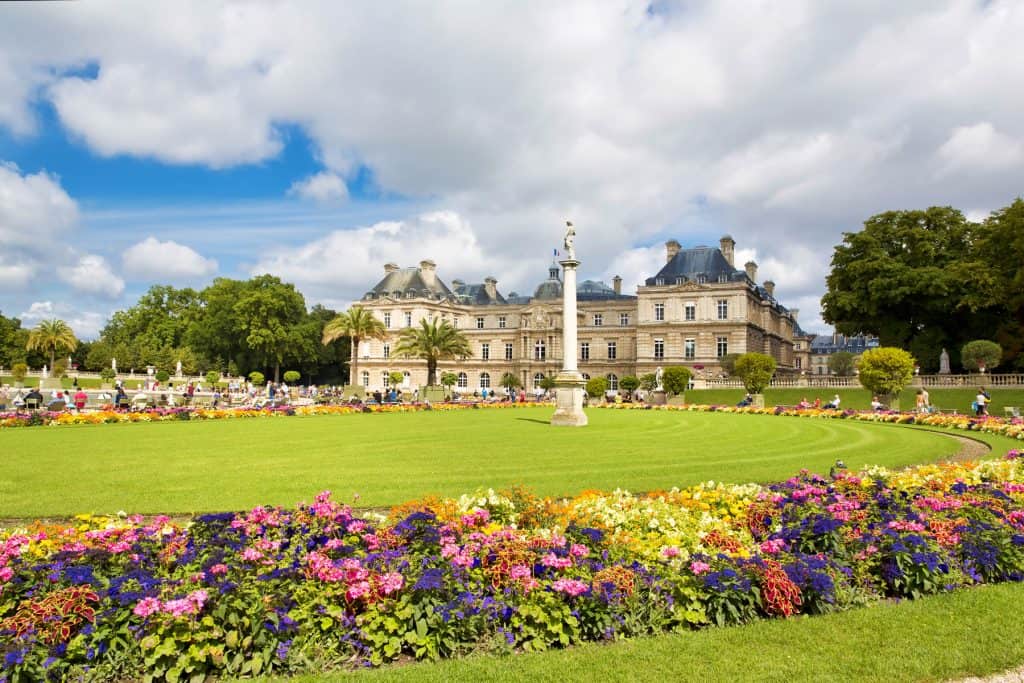 In the 6th arrondissement of Paris lies Luxembourg Gardens, the city’s best-kept park with some impressive grounds to explore. On a warm day, pay a trip to the pretty gardens and enjoy a peaceful walk, pack a picnic and admire the colourful flower beds. It’s free to access the gardens which cover 25 hectares of land between Saint-Germain-des-Prés and the Latin Quarter. Fun fact: the park was commissioned by Queen Marie de Medici in 1612 and inside you’ll find a fountain that is named after her. There are also over 100 statues throughout the gardens and plenty of activities such as chess, tennis, concerts and a children’s playground. 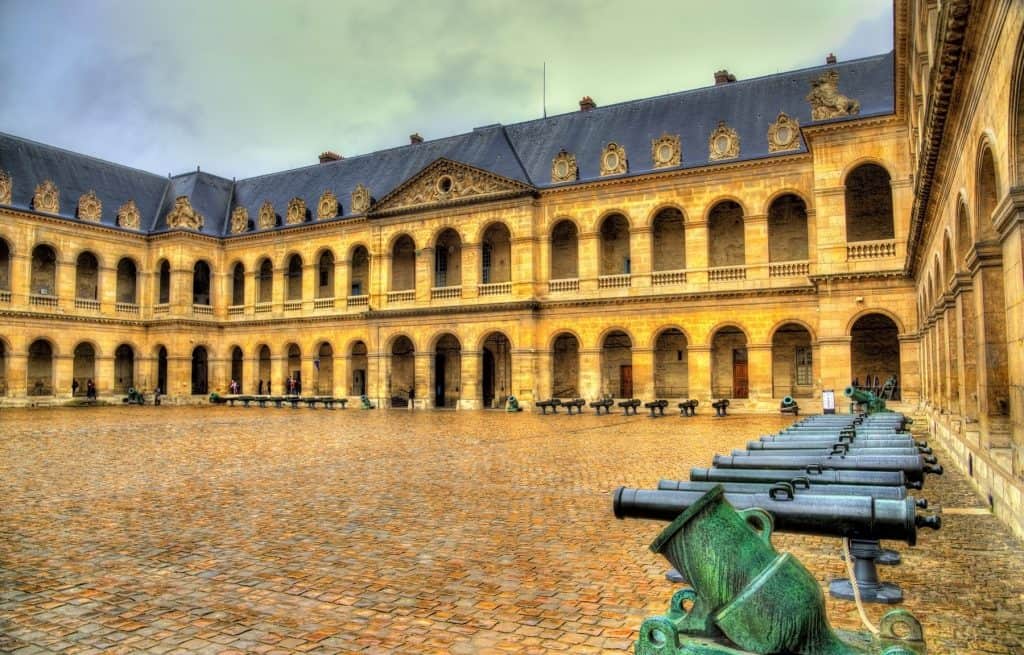 If you love a bit of history, then Les Invalides is a fascinating complex of museums, monuments, tombs and buildings in the 7th arrondissement of Paris, all dedicated to France’s military history. Les Invalides is significant because it’s the final resting place of Napoleon and other French war heroes. There is even a hospital and a retirement home for war veterans inside, as well as The Veterans Chapel. The complex was built under King Louis XIV’s rule in order to provide a safe place to sleep and hospital care for wounded soldiers. Today, you can explore the grounds including war museums where you can learn about the battles and the two world wars. A general admission ticket will get you access to  the permanent collections, the Dome Church, the Tomb of Napoleon I, along with the Museum of the Order of the Liberation and the Museum of Relief Maps. 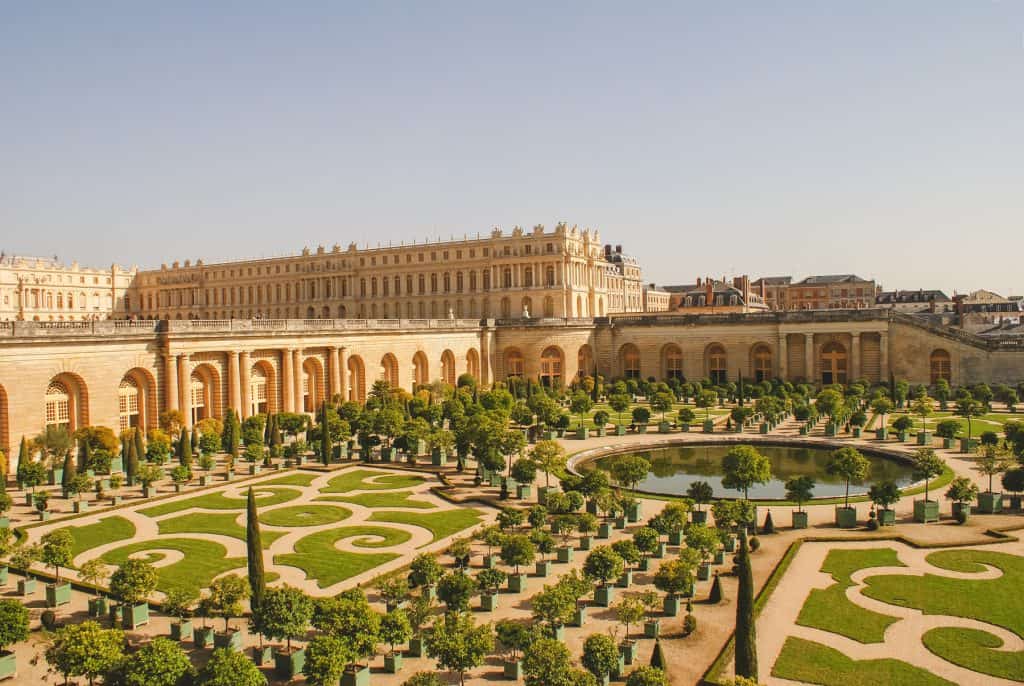 The Gardens of Versailles, courtesy of Shutterstock

If you have some extra time in the city, it’s also worth making a couple of day trips to attractions that lie just outside of Paris. We would recommend two. First, the Palace of Versailles which was the official royal residence of France. You’ll be able to walk the stunning palace grounds (the Gardens of Versailles), gain access to the Royal Apartments as well as the remarkable Hall of Mirrors, aided by an audio guide to give you valuable information about this historic sight. This is a popular day trip from Paris, available to book via the St Christopher’s Inns website. https://www.tiqets.com/en/paris-c66746/palace-of-versailles-access-all-areas-audio-guide-p974127/?utm_campaign=stchristophers&utm_content=discovery_widget&utm_source=stchristophers&utm_medium=affiliate&partner=stchristophers&tq_campaign=Paris

Our second recommendation is Disneyland Paris! This famous theme park is just an hour away from the city in Marne-la-Vallée making it a convenient and fun-filled day trip. If you love Disney, roller coasters, movies and fireworks, then this is probably going to be right up your street. A one day pass is quite expensive so if this is something you really want to do, put some budget aside and factor the cost into your overall travel spend. For just under €100, you’ll get access to two parks: the Disneyland Park and the Walt Disney Studios (where the more thrilling coasters can be found).

For more, read all about why you’re never too old for Disneyland Paris

Need a hostel in Paris? 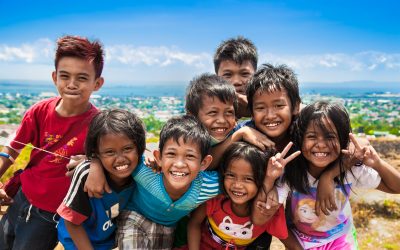 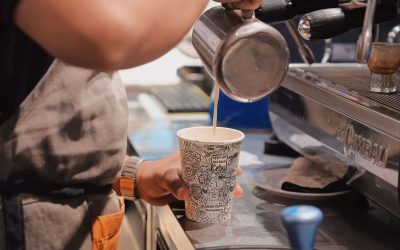 10 Best Cafes in Cebu: Where to Get Your Caffeine Kick 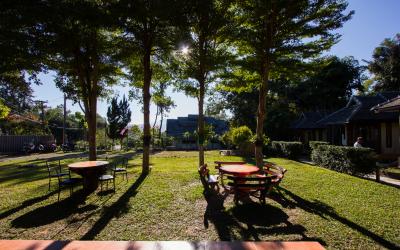 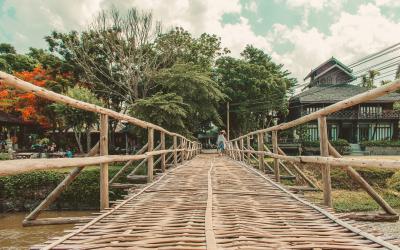 Backpacking Thailand: What to Pack on a Trip to Pai 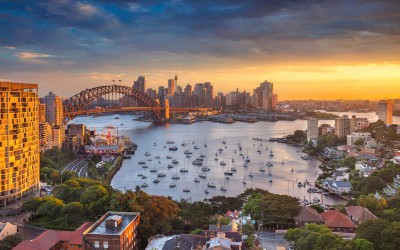 Top Things to do in Sydney CBD 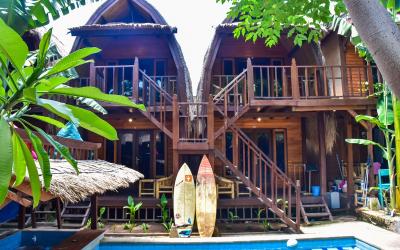