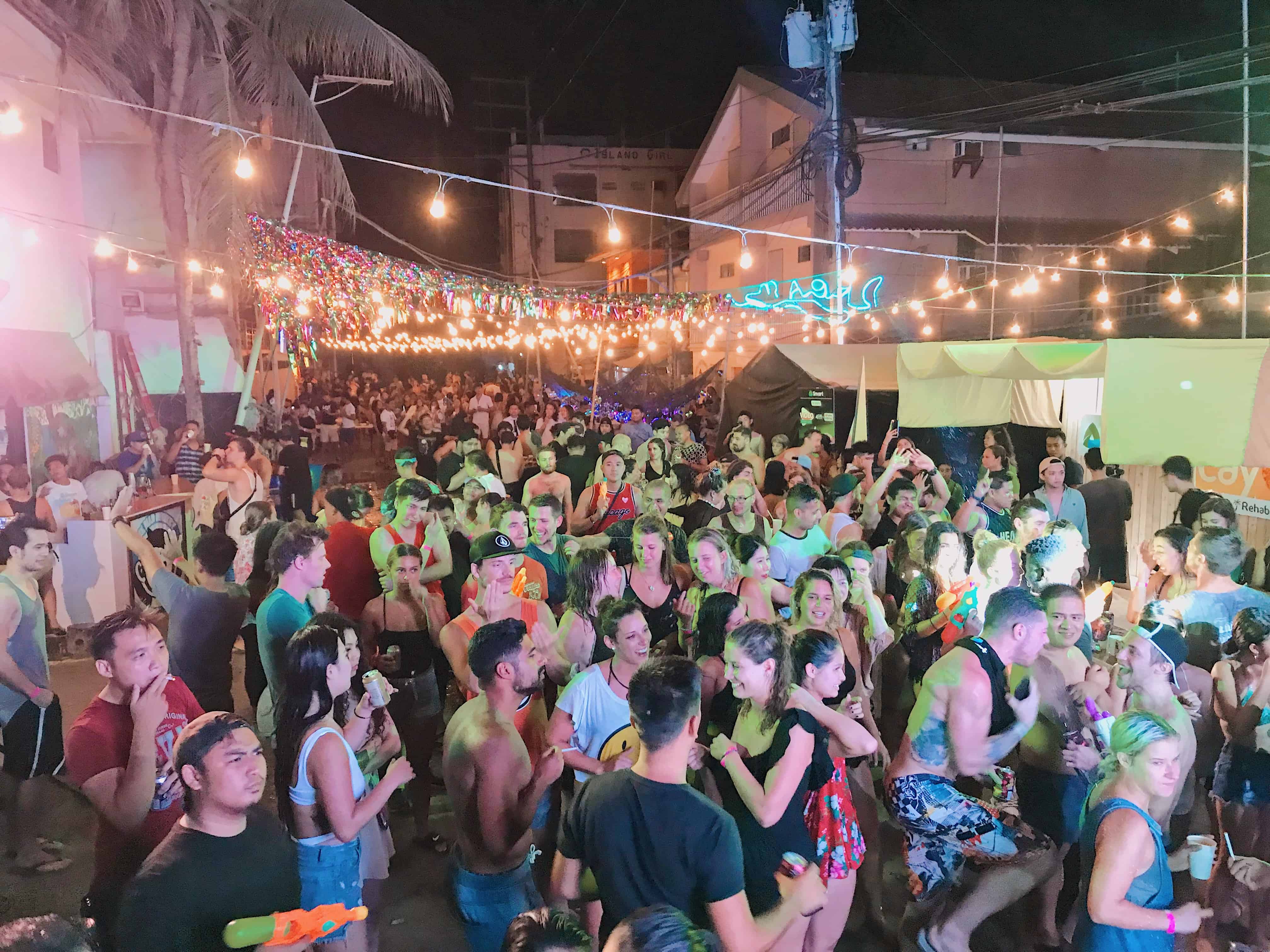 The famous island of Boracay boasts a 4 kilometer stretch of postcard-ready white sand beach and crystal clear blue waters. On top of that, it is home to one of the world’s best sunsets best enjoyed while sailing on a paraw or while enjoying an ice-cold beer at a beach bar. Aside from being a picture-perfect destination for honeymooners and backpackers alike, Boracay Island has been a famous party destination for both foreign and domestic travelers. From small bars by the boulevard with live music to epic electronic dance music beachfront parties, the island has been everyone’s go-to vacation spot to party until its 6-month closure on April 26, 2018. Interestingly enough, it was closed for rehabilitation just before LaBoracay, one of the island’s biggest (if not the biggest) celebration year after year. 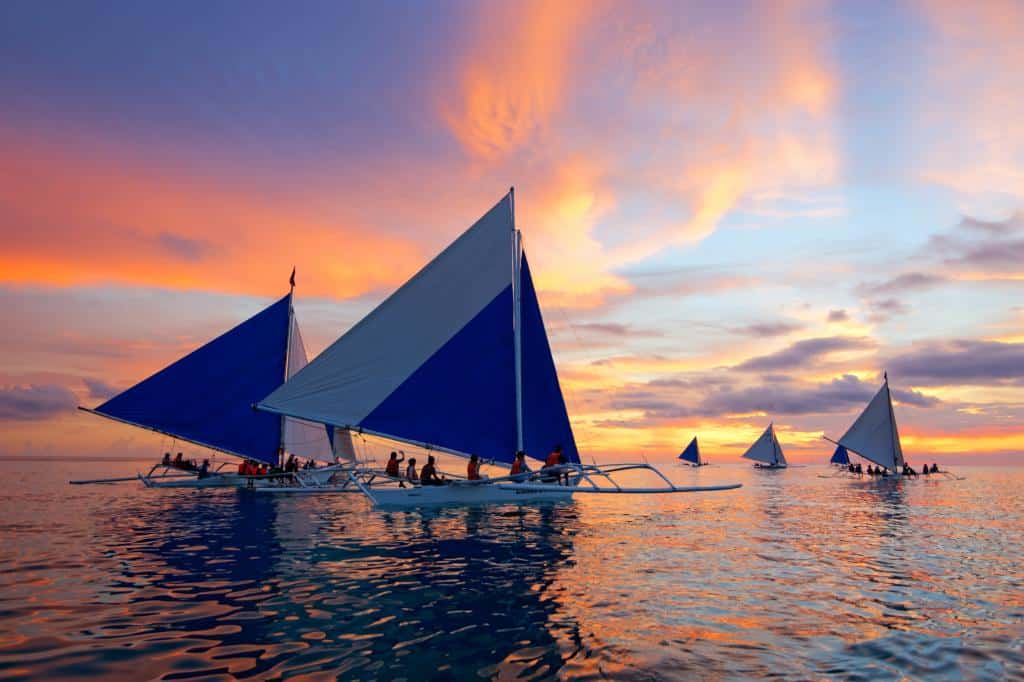 “LaBoracay” (born from the combination of “Labor Day” and “Boracay”) started in 2012 when tourists, both foreign and domestic, started coming to the island during the Labor Day weekend. Funnily enough, it was a group of university students, not employees, who started coming to the island to celebrate this particular holiday. It started small with groups of young travelers partying on the beach and just merely having a grand time. The year after, following the surge in the number of tourists visiting the world-famous island on this holiday, various resorts and promoters have started organizing beachfront events and concerts, bringing in world-class talents from both the Philippines and abroad. From then on, year after year after year, the event has gotten bigger and bigger with more and more people coming over to experience the famous LaBoracay party. It has proven itself to be an established event, even dubbed as the “only” time to visit the island. 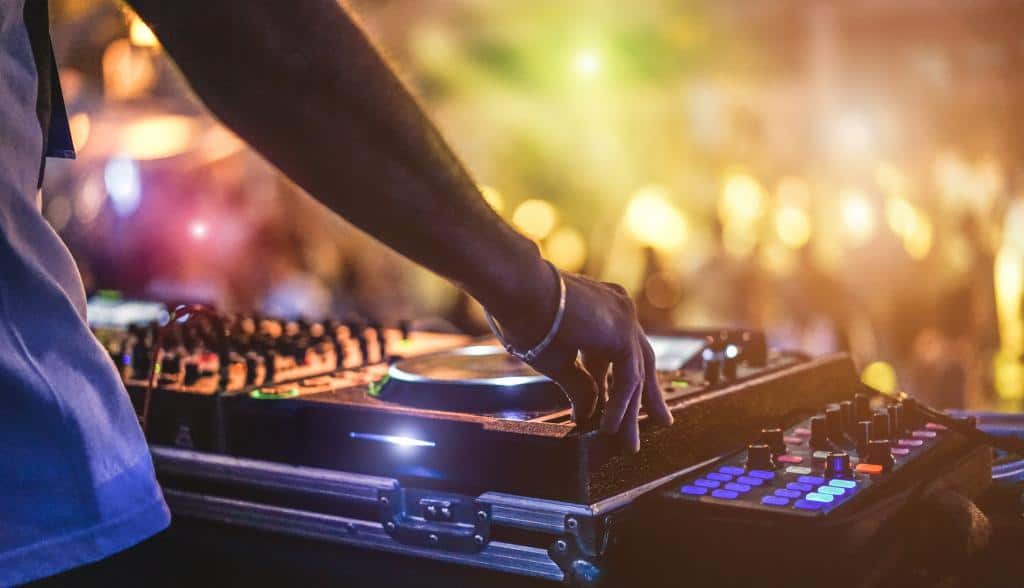 While tourism is good, it is always a double-edged sword. The island did not enjoy proper urban planning since its rise in popularity, neither did many establishments adhere to the rules imposed by the government with regard to waste management and waste water treatment. Unfortunately, business owners never made this as a priority either. This has been the situation for many years, with many businesses failing (or rather skipping) to comply with the rules and regulations imposed by various local government units. The island has been suffering and a rehabilitation effort had to happen. 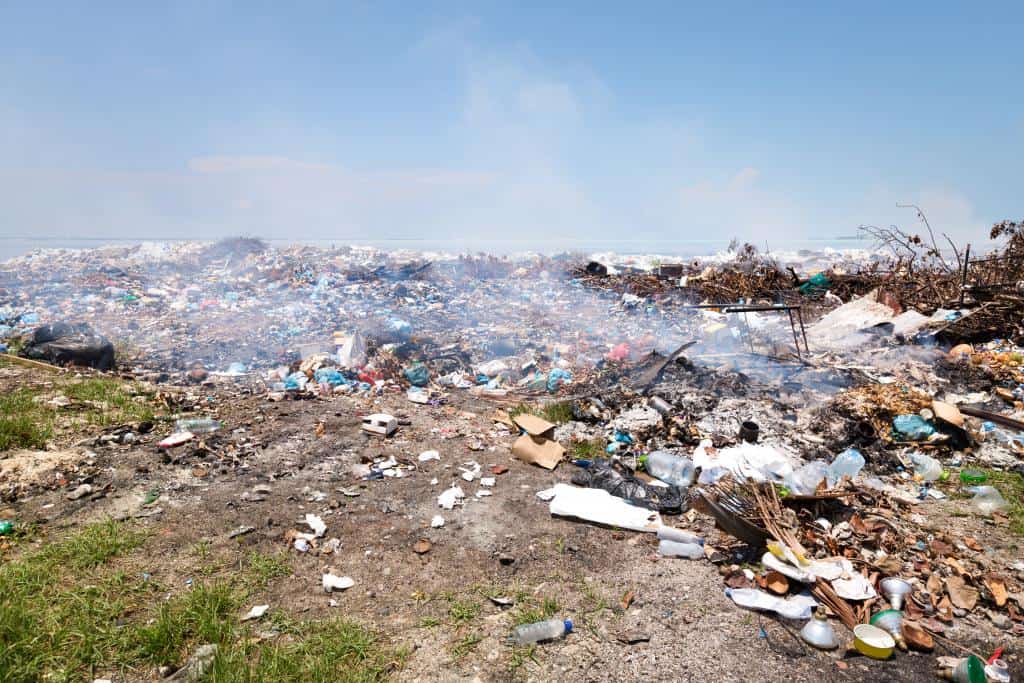 In 2018, Philippine President Rodrigo Duterte called Boracay Island a “cesspool,” citing that it is the worst it has ever been and that it needs shutting down to allow the island to naturally rehabilitate. Filipinos initially thought this was one of the president’s jokes (as he is known for it). It is known that the country thrives so much on tourism; given that Boracay is one of the most visited islands with 2,000 new visitors every single day, the closure sounded impossible. True enough, however, the president’s perseverance took over and he has mandated the closure of the island for six months. This is to allow for its natural recuperation, as well as to give way to necessary updates on obsolete infrastructure. This happened on April 26, 2018, just before the biggest weekend on the island. Instead of LaBoracay, the island was closed to tourists and had a full-on extensive rehabilitation plan encompassing both public and private properties. This mainly included the improvement of roadside sewerage and drainage systems on the main throughways, ensuring the environmental compliance of restaurants and accommodation providers, and the installation of waste water management facilities.

Six months later, a rebirth has happened. A ‘new’ Boracay was finally reopened, but this time with stricter rules especially in compliance with various environmental regulations. Resorts, hostels, and other accommodation providers, even small boutique guest houses, were required to have passed all environmental requirements prior to operations, especially that of waste water management. Restaurants, bars, and other commercial establishments had to abide by these as well, otherwise they will not be issued a permit to operate. At the same time, all island guests are now required to present confirmed bookings with accommodation providers accredited by the Department of Tourism (DOT) and the Department of Environment and Natural Resources (DENR). The island strictly follows a no entry policy for travelers without a confirmed booking with an accredited accommodation provider. 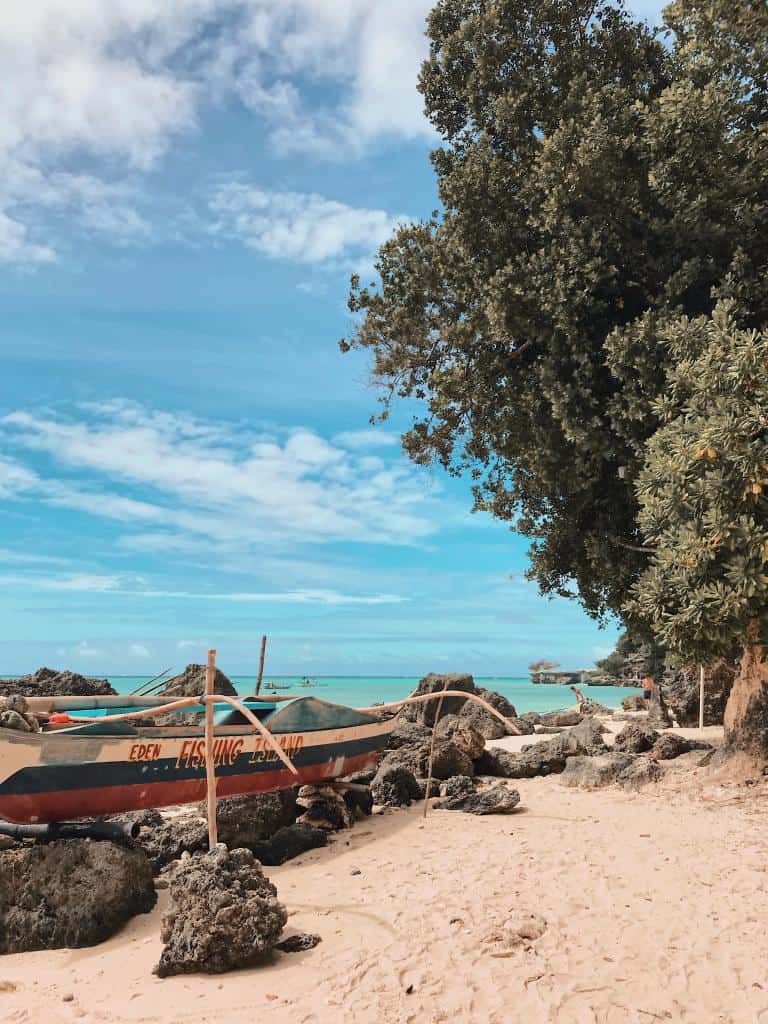 While there are no changes in the actual means of crossing to the island, Boracay now has implemented various rules on the island, especially at the beachfront. These include the prohibition of smoking, drinking, and sale of goods from unregistered vendors at the beachfront. Interestingly enough, fire dancing (which the island was known for in the past) and “professional” sandcastle building are now prohibited as well. Moreover, tour operators and watersports activity providers are now required to be registered with the local government and must always wear their identification cards with them. Various fines are being implemented by roving beach patrols, so be sure you’re aware of these. 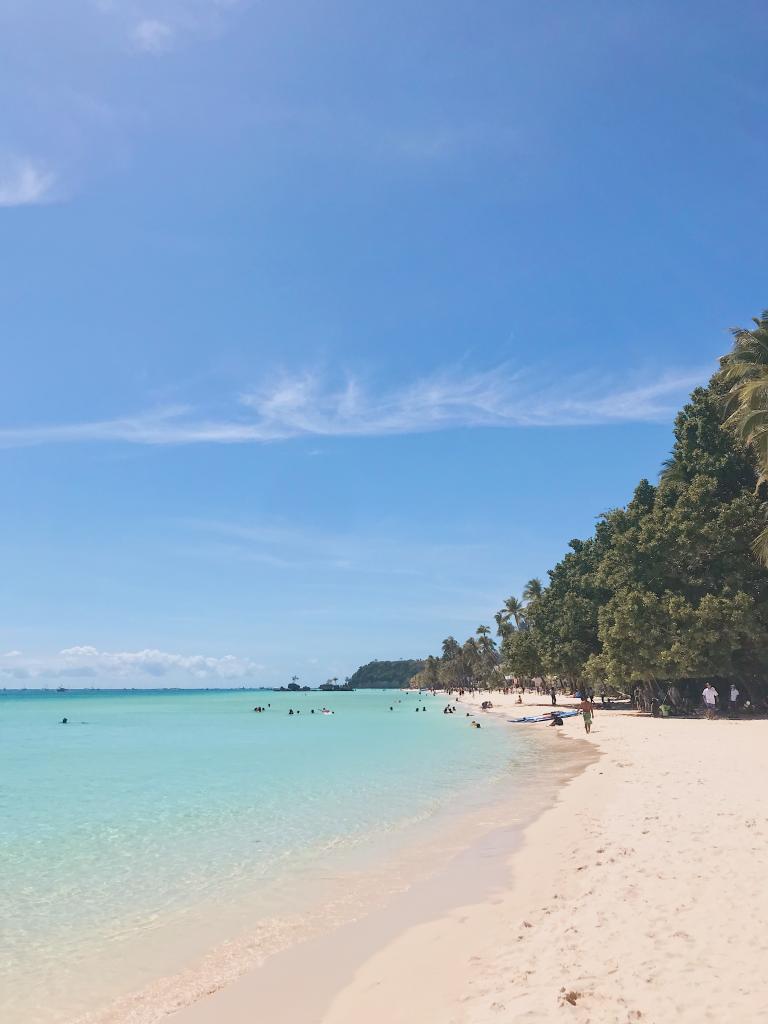 Since its reopening, the island has never had whiter sand and bluer water. With restaurants and resorts now limited to their own space meters from the shore, the beach has effectively been wider and more people-friendly. Sunbathers looking forward to enjoying the perfect heat of the island sun are now required to bring either a beach towel or a beach mat as sunchairs are no longer allowed on the public areas of the beach. While this seems to be a pain for some tourists, it is actually visibly more appealing and allows one to enjoy the beach without any obstruction. On top of that, drinking and partying are no longer allowed on the beach, giving island visitors a more laidback and relaxing holiday on one of the world’s best beaches.

Exactly a year after closure, various local government units, headed by the DENR, organized LoveBoracay, a week-long celebration featuring a variety of environment-friendly activities. It is an event involving the whole island and its community pushing for sustainable toursim. With respect to the new sustainability rules imposed since the reopening, none of the events during this government-initiated celebration will be happening on the beach. Instead, it will be a set of pocket events held in various locations on the island. Mad Monkey Hostel Boracay on Bulabog Road is one of the proud hosts for this week-long event.

On April 27, a water festival was held from late afternoon till midnight on Mad Monkey Road, highlighting a music and arts night. The festival featured Mad Monkey’s resident DJs topped off by Manila Bomb Squad and Kat DJ by midnight. Over the setting sun one perfect Saturday afternoon, island guests danced, partied, and celebrated with water pistols and makeshift water bombs making a memorable and wet island party and water festival. The whole island gathered as one community on Mad Monkey Road and celebrated Boracay’s successful (and still ongoing) rehabilitation with one goal – to keep Boracay a world-famous and world-class island.

The Push for Sustainable Tourism

Throughout the entire week, the theme of sustainability was heavily felt, and this was the overall goal of the celebration. From extravagant parties during LaBoracay year on year, to a full week’s celebration of educating and instilling sustainability efforts, it was a fitting twist out of the usual. Not only were these directed to tourists, but to island residents as well – which all the more extends the effectivity of the effort and the push for sustainable tourism. With various milestones such as new eco-friendly lifeguard towers, forums on green buildings, beach cleanup efforts, and zero-waste programs, LoveBoracay is a reminder that if we come together as one community and move forward with a single goal, anything is possible.

To date, the island no longer uses plastic bags, plastics straws, and disposable utensils. There is now a continuous campaign against the use of single-use plastics as well. Although some establishments still charge for wooden spoons and forks on takeway, it has been a good and effective push to promote sustainable travel. This has saved the environment from milliona od pounds of harmful plastics that would otherwise end up in the ocean. Recycling and waste bins are now generously spread around the island as well, especially at the beachfront.

More than supporting the government by hosting a water festival pocket event during LoveBoracay, Mad Monkey Hostels has always had social responsibility and sustainable travel as part of its core values as a business. Aside from outright and vocal support for one-off events like this, Mad Monkey regularly runs beach cleanups and upcycling efforts on the island to help sustain, if not improve, its current rehabilitated condition. On top of that, regular day-to-day operations at the hostel have always been geared towards sustainability.

Mad Monkey Hostel Boracay also proudly supports Clean Our Oceans Project (COOP), a group that promotes waste management and upcycling. Their goal is to continuously inform, educate, and empower people about the marine ecosystem and how our little actions make an impact into the ocean. Through plastic segregation, lifestyle modification, and various upcycling projects, COOP aims to lessen ocean waste one upcycled plastic at a time. 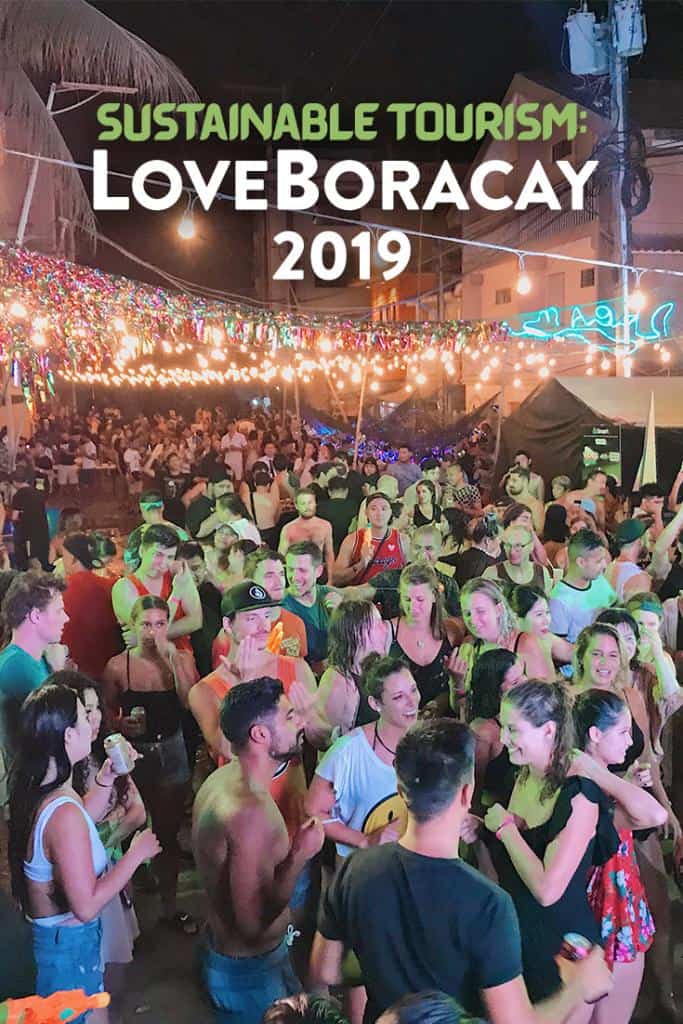 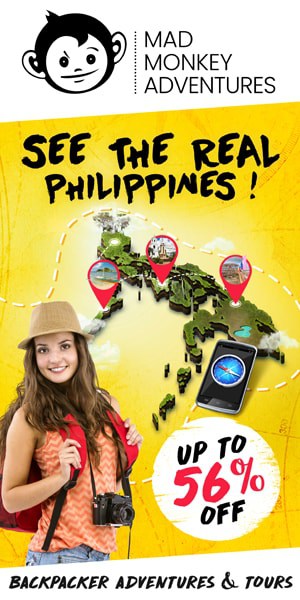 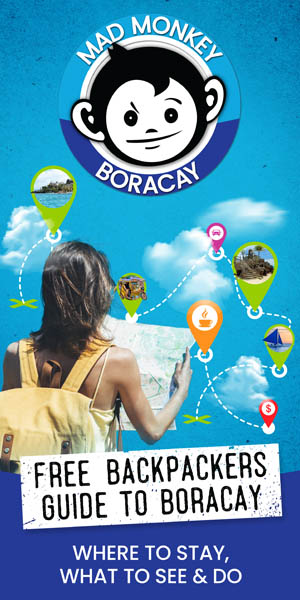 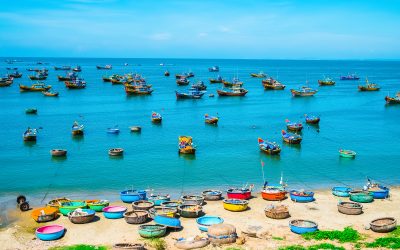 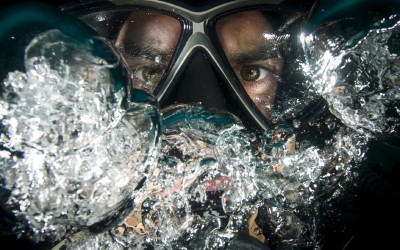 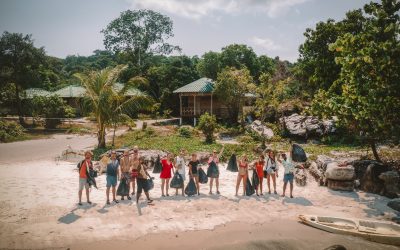