The Best Royal Sights and Attractions to See in London 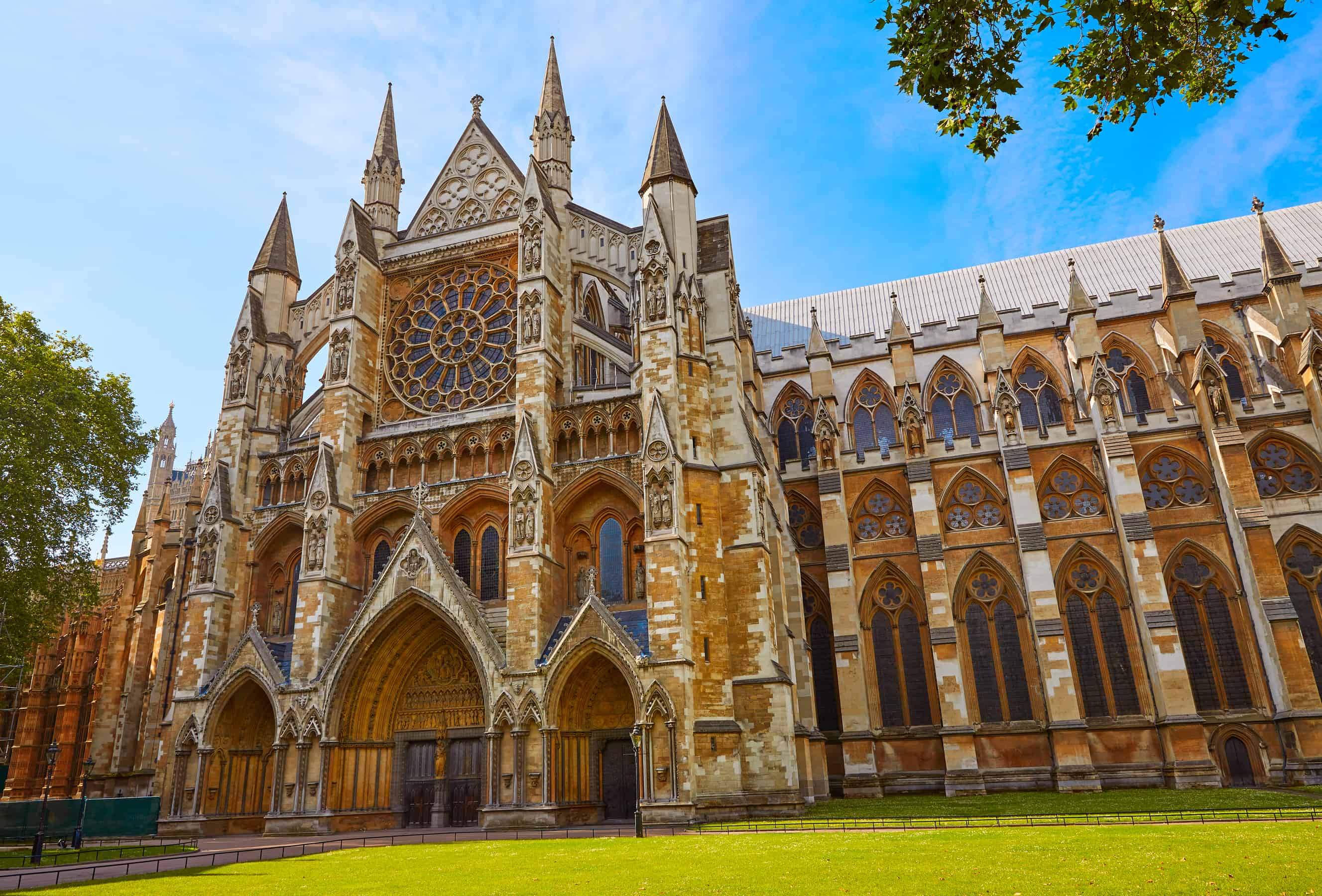 London’s royal history is one of the biggest drivers of British tourism – and we’re really not surprised. One of the most fascinating things about the English capital is its rich royal heritage. When you’re in the city, you simply have to make time to tour some of London’s royal sights and learn something new about the British monarchy. If you’re a fan of the Queen and you tuned into the Royal Weddings, then you’ll love everything about London’s best royal sights and attractions. These are our favorite places to visit that will make you feel like a royal for the day.

Hampton Court Palace is a must-see when you’re in London. Once the home to the infamous Tudor monarch Henry VIII, this baroque palace in Richmond is full of rich history and British heritage. Get a glimpse into the life of the Tudor king and his family, walk through the Great Hall and staterooms, wander the palace gardens and experience the Haunted Gallery where the ghost of Catherine Howard (Henry VIII’s fifth wife) is said to roam. You can even look inside the preserves Tudor kitchens which have been left untouched so that the public can really see how this working royal palace operated back in the Tudor times. Entry is £23.30 for adults. The closest tube station is Richmond. Find out more about the Hampton Court Palace, here!

The most famous royal sight and one of the world’s only working royal palaces. Buckingham Palace is the official residence of the Queen located in Westminster. Every summer the palace opens its door to the public so you can take a look inside and walk down the same corridors where Royals have roamed. You’ll get to see The Drawing Room, the Throne Room, the Picture Gallery, the Ballroom and more. This year, you can visit the palace until 29th September. From £22.80, this is one of our favorite sights in the British capital. Be sure to visit Buckingham Palace for the Changing of the Guard Ceremony that starts at around 11 a.m. every day. Find out more, here! The closest tube station is Green Park! 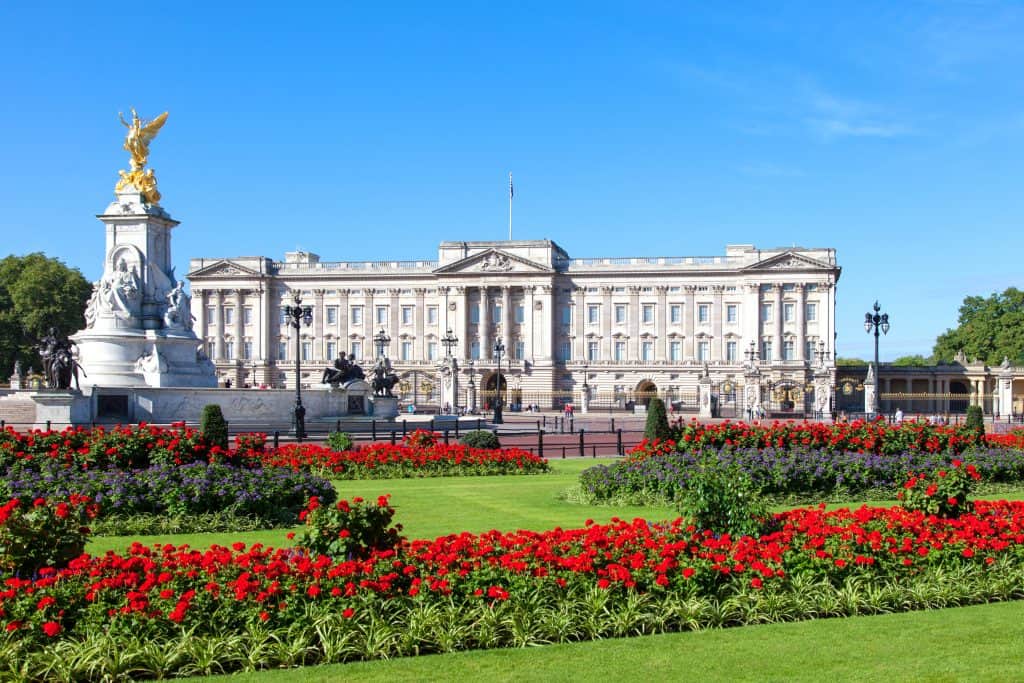 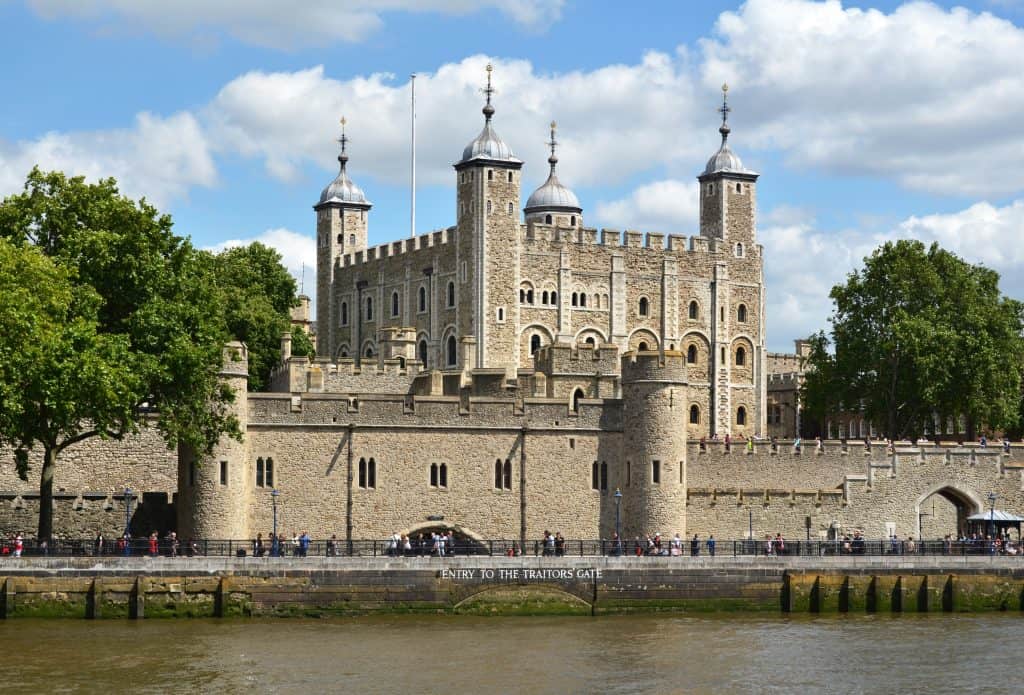 Westminster Abbey can be found near the Houses of Parliament in Westminster and it’s a church where the coronations and royal weddings take place. Prince William and Kate Middleton got married here as well as the Queen to Prince Philip. The church itself is one of our favorite buildings in the city and a prime example of Gothic architecture. You are welcome to join any of the religious services at the Abbey free of charge or you can go during visiting hours for £23. The closest tube station is Westminster. Find out more, here! 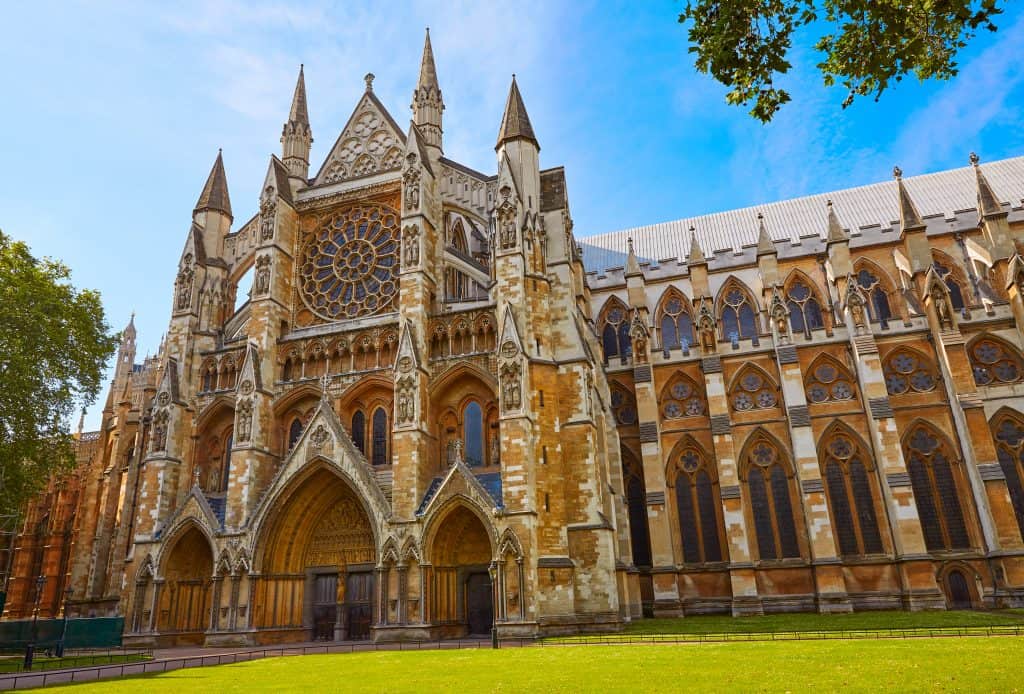 This upmarket department store is a must for anyone who loves the Queen. Fortnum & Mason has been the royal grocer for over a century and it’s by far the chicest department store in the city. Since the Queen loves her tea, pick yourself up a pack of famous Royal Blend tea bags or a nice teapot and saucer from Her Majesty’s 90th birthday china collection. The historic store was founded in 1707 so just walking around is an attraction in itself. Have a pot of English tea or a glass of chilled Prosecco in ‘The Parlour’, Fortnum and Mason’s delightful casual tea room. Or there’s the Diamond Jubilee Tea Salon where you can indulge in a classic British afternoon tea and spend an afternoon like the Queen would. The closest tube station is Piccadilly Circus. Find out more information, here! 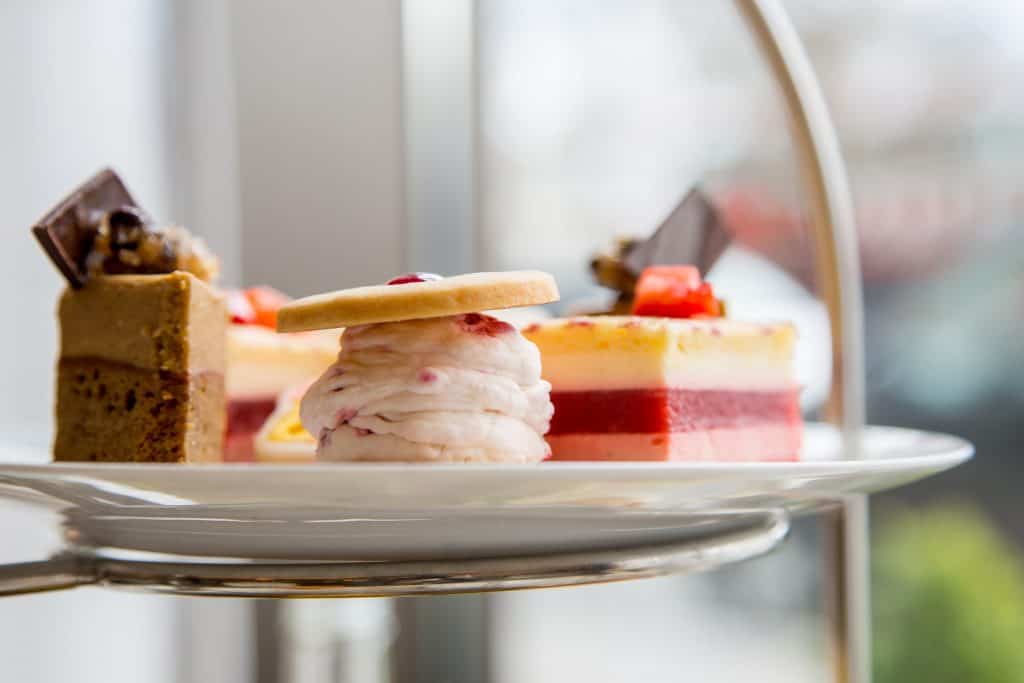 There are several memorials to Princess Diana around the city of London. If you’re a fan of the late princess, we definitely recommend stopping by some of the beautiful landmarks that have been made in her honor. Check out the Princess Diana Memorial Fountain in Hyde Park and the Diana Memorial Playground in Kensington Gardens. There’s also a route you can follow in London called the Princess Diana Trail where you will pass some of the significant places in her life throughout the city including Spencer House, Clarence House, Buckingham Palace, Kensington Palace and more. Find out more, here! 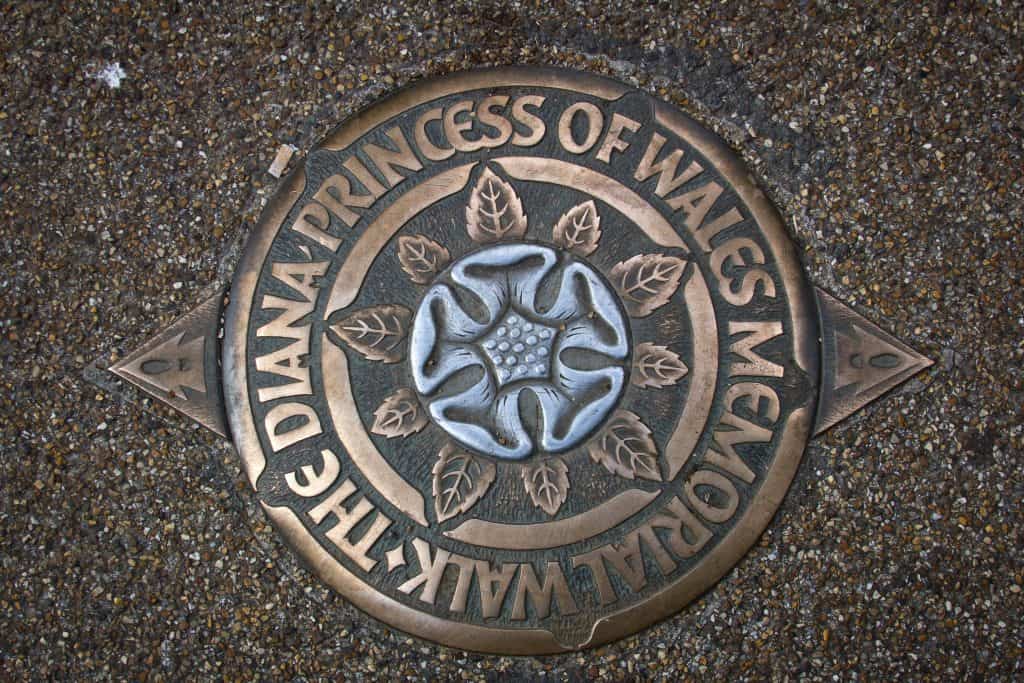 Pay a trip to Greenwich to get a look inside the Queen’s House, a former royal residence and the birthplace of King Henry VIII. This opulent building is now home to an internationally renowned art collection. It’s also free to enter this museum and while you’re in the area discover some of Greenwich’s best gems including Greenwich Park, the National Maritime Museums, the Cutty Sark and the Royal Observatory. The Queen’s House is one of the most underrated royal residences in the city. The closest tube station is North Greenwich. Find out more, here! 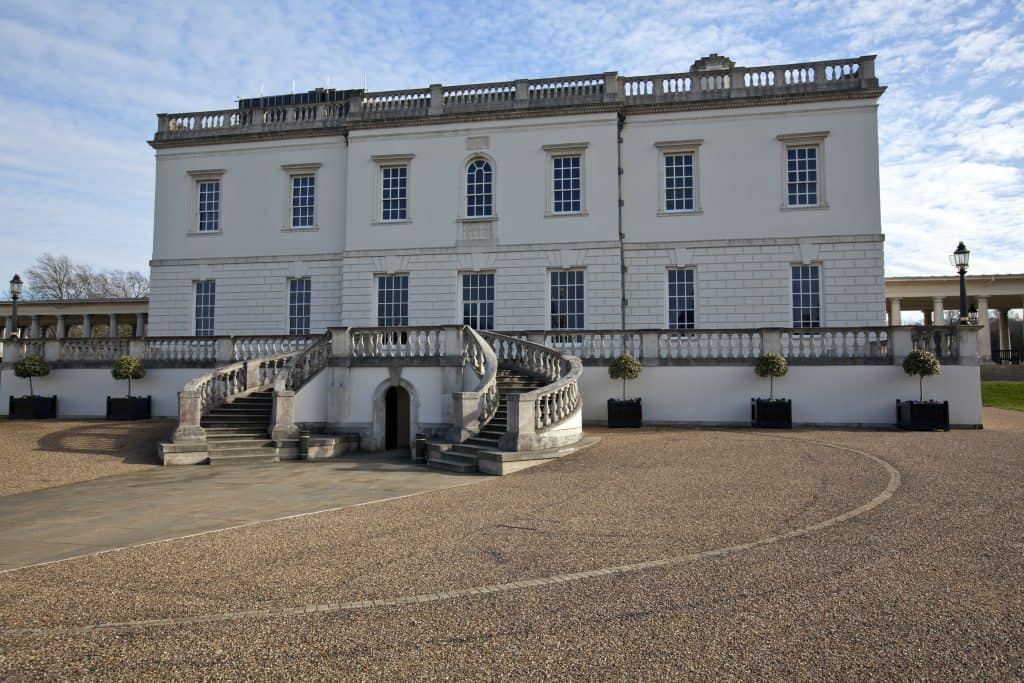 Looking for a royal palace that’s more off the beaten track? Kew Palace is an underrated sight in London and the former home of King George III and Queen Charlotte. Located in the Royal Botanical Kew Gardens, this is the smallest royal palace in the city boasting a peaceful setting that’s hidden away from the hustle and bustle of the busy city. Well worth a visit to see something a little different. Here, you’ll get to have a look around the palace and its grounds, as well as Queen Charlotte’s secret cottage, a rustic country house retreat that was used by the royal family in the late 18th century for resting. After visiting, we recommend paying a trip to Kew Gardens next door if you love nature, plants and botanical magic. The closest tube station is Kew Gardens. Find out more, here!

Set in the beautiful Kensington Gardens in West London, this royal residence is still used today by the young members of the Royal family. Kensington Palace is the birthplace and childhood home of Queen Victoria and has been used as a home by young royals for the past 300 years. For £17.50 you’ll get to wander the magnificent Queen’s apartments, the majestic rooms of the King’s State Apartments and the famous Sunken Gardens. Currently on display in the palace is one of Princess Diana’s most worn evening gowns. The St Christopher’s Inns hostels in Hammersmith and Shepherd’s Bush are just a short journey from Kensington Palace. The closest tube station is Queensway. Find out more information, here! 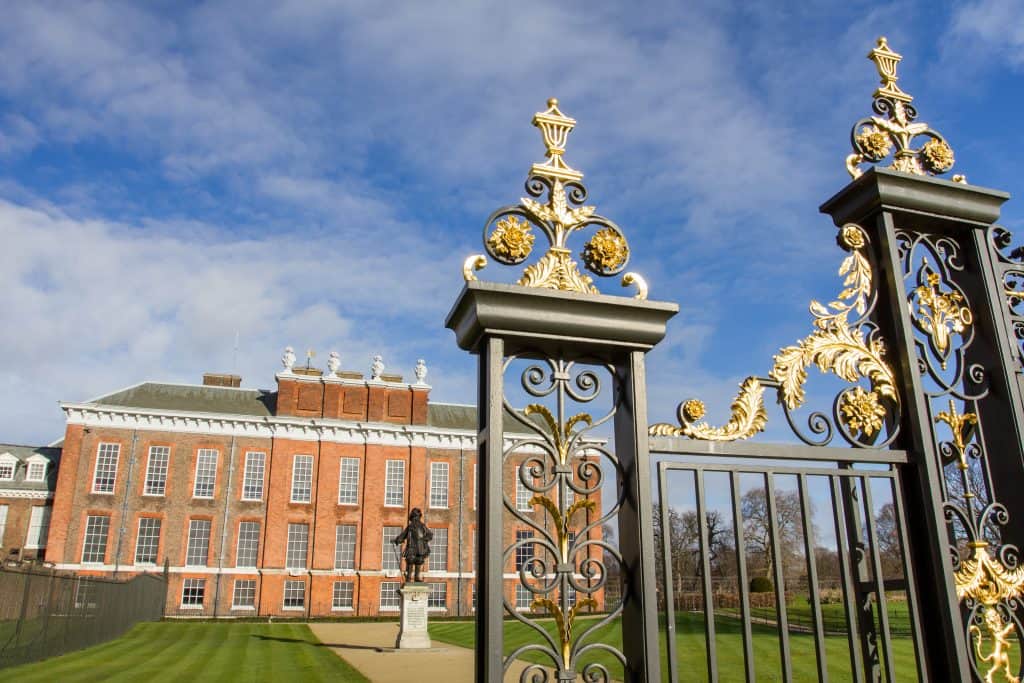 Need a hostel in London? Check out St Christopher’s Inns

If you need somewhere to stay in London, be sure to check out St Christopher’s Inns!

More Information About Traveling in London

Did you love this article about what to do in the incredible city of London? Do you want even more information about how to make the most out of your trip here? Then be sure to check out these articles we’ve rounded up for your reading (and traveling) pleasure! 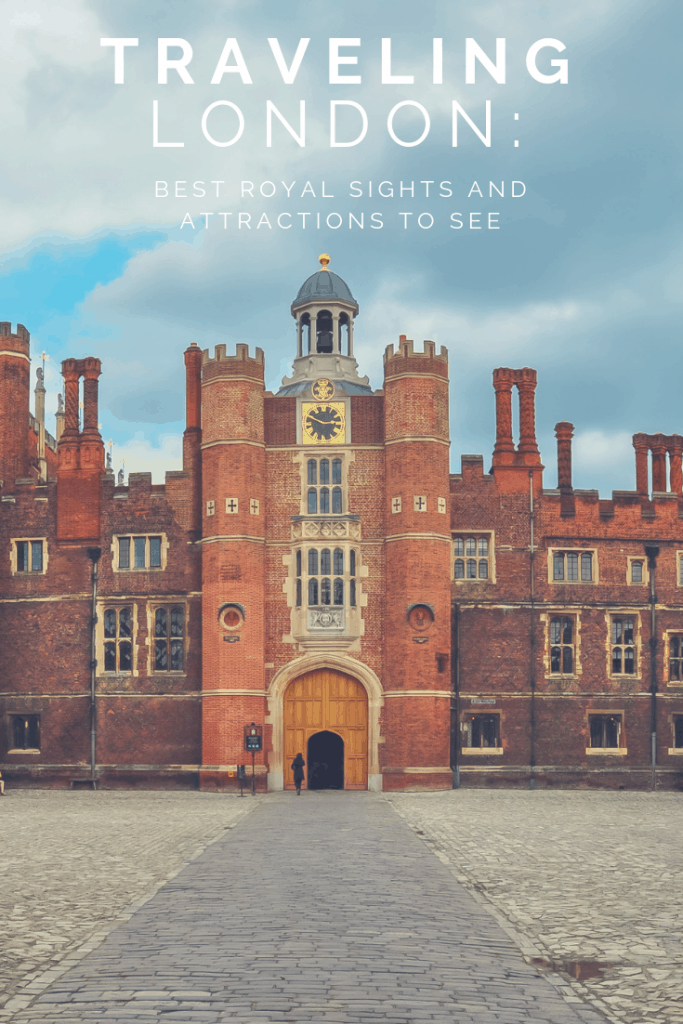 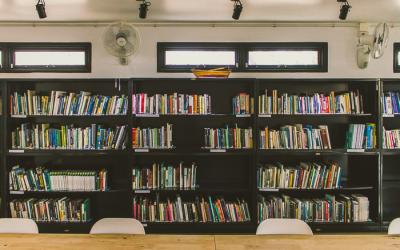 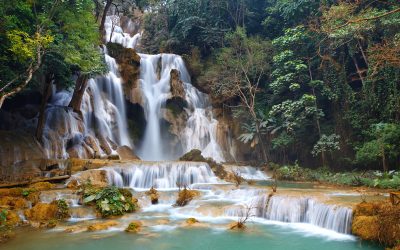 Complete Luang Prabang Travel Guide: Everything You Need to Know 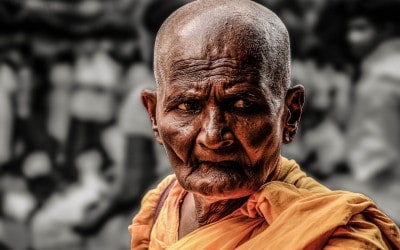 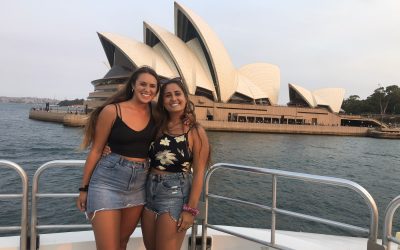 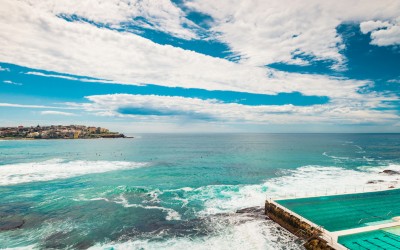 Sydney Beaches: List of the Top 12 Beaches You Must Visit in 2019 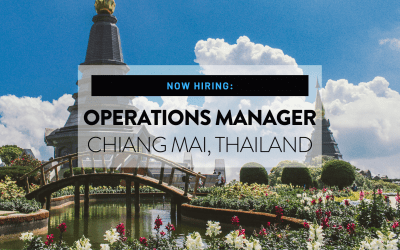